A Navy veteran and lifelong retail manager, Bob Wasson ended his final career Thursday as a courier for HNL Lab Medicine. He is 90 years young.

“I was going to work here for five years, but I forgot to leave (for 16),” he said. “I love people. I try to lift them up as I go by. It’s difficult with masks on, but you can see it in their eyes.”

Help Us, Help You!

HNL Lab Medicine is excited to share a new Billing Video we put together with our valued clients in mind. 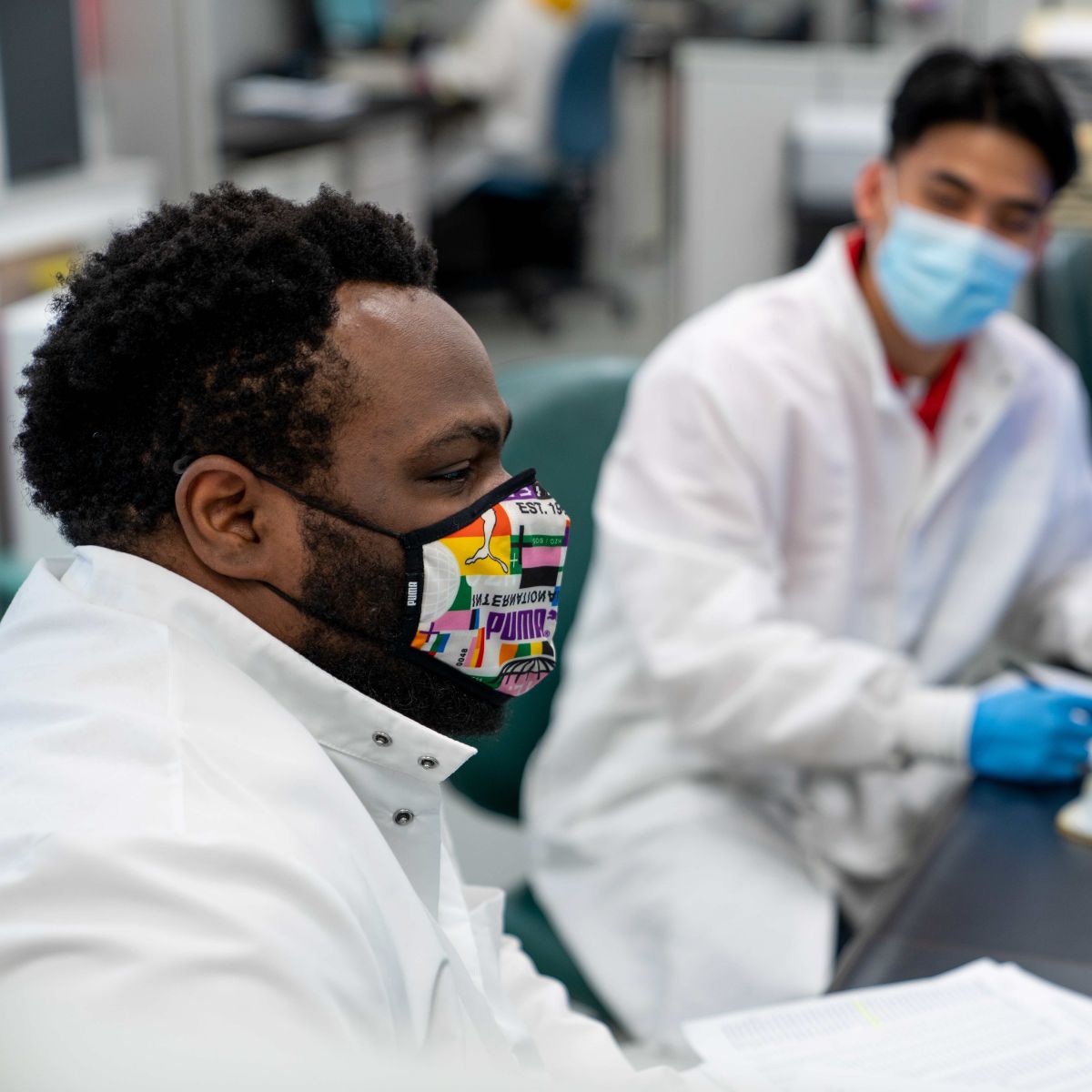 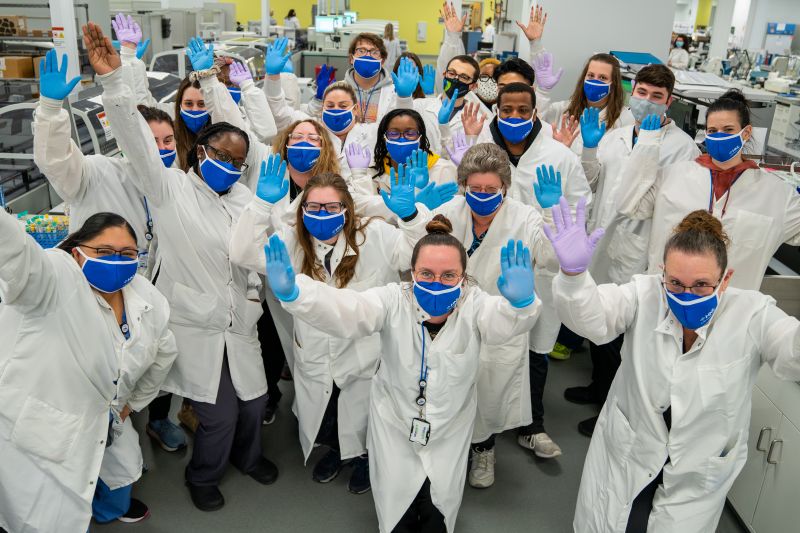 None of our HNL medical professionals go into this business for notoriety. They do it to get the results that are needed for our community.
Read More
View All
What's New

A Navy veteran and lifelong retail manager, Bob Wasson ended his final career Thursday as a courier for HNL Lab Medicine. He is 90 years young.

Speaking via Microsoft Teams, Wasson, of Whitehall, showed he is a person who loves to be around people, listening to their stories and family life. A perfect match for a job that requires interacting with a variety of people each day.

“I was going to work here for five years, but I forgot to leave (for 16),” he said. “I love people. I try to lift them up as I go by. It’s difficult with masks on, but you can see it in their eyes.”

Wasson, who retired the first time as a 7-11 franchise owner at the age of 74, worked eight hour shifts three days a week for HNL. “My favorite part of the job is coming to work,” he said. “I love to see people. The hardest part is slowing down. As a courier, you learn to slow down and be aware of what’s around you.”

Wasson, a natural salesman, owned the 7-11 franchise in Allentown from 1982 to 2005. “The company went bankrupt in 1991 so my 10-year franchise agreement was grandfathered in until 2005,” he said. The restructured company, which in 2005 required a new franchise agreement, he said, didn’t want him to deviate from the corporate footprint, but Wasson had other ideas. 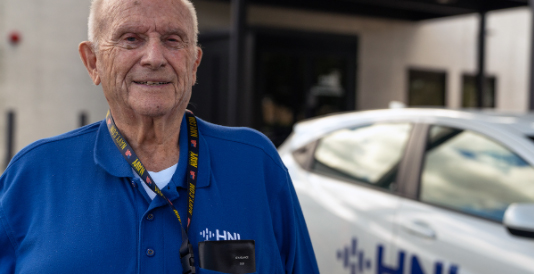 A definite go-getter, Wasson started his career in retail right out of high school. “I saw an ad in the newspaper for a management training program at Woolworth’s,” he said. After a four-year stint in the Navy, his career began to take off. “I have a high school education and a doctorate in retail,” he chuckled.

Thinking outside the box was nothing new. When Wasson was a youngster he bought candy bars, three for 10 cents and sold them outside his home for 5 cents apiece. Later, he walked into a Decca Record store and bought all the records. He had them sold in four days.

Probably one of the funniest things he did while managing the store, he said, was he walked eight blocks to the local Hula Hoop factory and bought Hula Hoops. “No one had them, so they sold really well. I went every day,”

It wasn’t all rosy, however. While in Chicago, Wasson witnessed three race 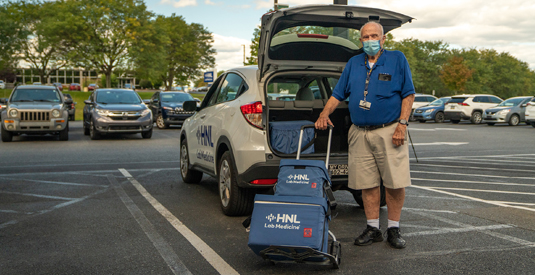 riots. He saw two boys attempt to rob a bar and were shot. He saw a gang walk down the street where he was working marking stores with “X”, so they knew which ones to burn down. “My store didn’t get an “X”,” he said. “But the rioters came one day and cleaned out the first floor of my store. Then, they came back the next day and cleaned out the second floor. We had a police officer working in the store who called downtown, and the police broke up the ring (of thieves).”

Woolworth’s was so pleased with Wasson’s abilities the president of the company invited him to New York to discuss a district management position. “I met a millionaire and found out he puts his pants on one leg at a time like everyone else. But they found out I wasn’t a partier, so I didn’t get the job,” he chuckled.

Wasson ended up being wooed by McCrory’s who eventually brought him to Allentown. It was there he decided to go it alone and bought the 7-11.

After retiring from the store, Wasson took a few part-time jobs that didn’t agree with him. He finally found HNL and found “his home.” His job was to pick up lab tests at the Lehigh Valley-Muhlenberg campus and deliver them to HNL Lab Medicine. 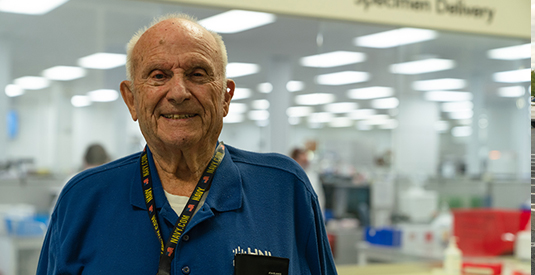 The next chapter for Wasson is golf and taking care of his wife of 63 years. Wasson plays golf in a men’s league at Indian Mountain Golf Course every Tuesday. He would also like to travel back to his home in Illinois to see family. “I love to drive,” he said.

HNL held a retirement party for Wasson Thursday afternoon. His friends and colleagues dropped in during breaks from their work to wish him the best. After the gathering, Wasson finished his final shift, working from 4-8:30 p.m.